Angelina Jolie for you!

How do you visualize Angelina Jolie? A fierce, strong, bold, and confident woman? Yes, she is that. Along with that, she is an artist. Her love for art is never-ending. She is fond of tattoos, as we all know that.

Who doesn’t love Angelina Jolie? Maybe a number countable on hand. I mean, Angelina Jolie is an American actress. She is not just a filmmaker but a humanitarian too. Jolie is a living legend or better to call her a diva. She has received many awards. Jolie received Academy Award once. She also received two Screen Actors Guild Awards. Then, three Golden Globe Awards. She has been known as the highest-paid actress in Hollywood.

She is a woman who is fond of tattoos herself. She doesn’t ink some random tattoos but rather only the meaningful ones. Her tattoos are lovely to look at and hold some memories, tribute, coordinates, etc. Not just one or two, she has inked more than a dozen tattoos upon herself. We will see every symbol she has on herself and also know the meaning behind it.

While people also ink her portrait on themselves, some try to copy her tattoos instead. Because, why not?

In the world, where people are doing surgeries to look like her, and some might have also been able to achieve that, why not tattoo her on yourself? If you can’t look like the idol, let’s get the idol tattooed on self. If not, tattoo her meaningful tattoos, copy her.

Here is a collection of tattoos that you can ink on yourself with pure meaning. The tattoos that Angelina Jolie chose for herself, you can get more information about them too. Moreover, you can select her image to ink yourself.

Do you want to ink Angelina Jolie on yourself?

You should seriously consult a good inking master for getting the ink of a person on yourself. Because tattoos are sensitive to ink, and a little mistake will lead to a horrible outcome. Therefore, look at the images that show the tattoos of Angelina Jolie inked on various part of the body, and make a clear cut decision what will be the best for you.

It is a matter of seconds to fall in love with an image and decide to ink it on yourself. But, the outcome it brings on your skin can be unpredictable. Therefore, you need to look at the images that already have the tattoos inked in various parts of the body before you finalize it yourself.

You surely love her, she might be your idol, or you might be her biggest fan, but you still need to be focused enough.

Here are the best tattoo ideas to ink Angelina Jolie on yourself!

The Cartoon Version to ink yourself:

The cartoon version of Angelina Jolie looks sexy on you. It will show your jolly side and your love towards Jolie. Just look at the image below. How incredibly Angelina Jolie flaunts the arm. It also reflects the front of you that you cannot reveal, but you want it to be revealed through her! She looks fierce in her face. Tattoo this!

I mean, who wouldn’t love this art? The arm seems amazingly decorated with the charm of Jolie with her hot and fierce looks. Just look at her figure. Just look how well equipped she looks!

This one is amazing! Angelina Jolie in her determined character. Amazing cartoon-portrait of Angelina Jolie. It will be an amazing tattoo for any die hard fan of her. With this tattoo on your arm or thighs or even back, you will shine.

The Original Version of Angelina Jolie

The original version includes the tattoo ideas that have the Angelina Jolie real images inked. She looks amazing the way she is. That’s why, why not ink the real her? Just pick any of her images that you think suits your personality, and ask the tattoo master to ink it on you.

Can you see the fierce hold by her eyes? She looks amazingly inked.

Here you will find the best portraits inked on the body. You will see how amazingly her face is inked up.

Just look at this tattoo. She has amazingly being inked.

Look at this tattoo. The hair is on fleek. The lips and the eyes, amazingly inked.

She obviously has the best eyes. This one is also pretty well inked. The tattoo like this will be perfect for a portrait tattoo of Angelina Jolie.

The other side of Angelina; all that sweetness and gentle nature are on one side, while her boldness and the way she handles her problems are on the other. You choose what personality you want to reflect on her. But still, this tattoo where she has a cigar on her lips looks fantastic. And your favorite bike is also on the stand. Be creative; add up your favorites.

You can always modify a tattoo for yourself. The one where you just don’t like to portrait her, but also add some thing, you can do that. Your tattoo should be amazing because Angelina Jolie will be the part of it. Choose the inks wisely.

How about this one? The bold and the confident side of Angelina of course. Try it out if you think this ink will match your instinct.

Amazing as always! The eyes always have something to tell. This tattoo will surely make your limbs look awesome. A pure dedication and tribute to Angelina.

As we all know, Angelina Jolie loves tattoos herself, and she has a lot of tattoos inked on her. These tattoos are not just random ones but hold more significant meaning. She is the queen of body art. Maybe several other celebrities have inked more than she has. But definitely, what she has inked is more precious and provides more meaning than the inks of other stars.

Angelina Jolie has spiritually flaunted her tattoos and has set the curiosity for all of her fans. This diva surely knows how to use the inks properly. The ideas she has for inking is splendid. Her craze for tattoos is not just random but meaningful.

Let’s find out the meaning of her tattoos.

Roman Number 13 on her left arm:

Look at the tattoo below her underarm in the left one. The tattoo has a Roman number 13. She inked it as she wants to prove that the number had no orthodox reason behind. We all know why the number thirteen is considered wrong, but she claims it to be faux.

Later she also inked the roman number V MCMXL to the same tattoo, representing the numbers 13/5/1940. It is a tribute she gives to Winston Churchill, for the speech that he gave on 13th May 1940. She also has some inks to connect this to her nearest tattoo on the elbow.

Angelina Jolie tributes her first child Maddox Chivan Jolie Pitt, with a marvelous tattoo on her left shoulder. Maddox was born in 2001. Jolie adopted him a year after in 2002. He was born in Cambodia. Therefore, the tattoo is written in Khmer, which is Cambodia’s official language.

The tattoo is a prayer that means the enemies will run away gradually from Madox.
We all know her love for her first child. Maddox means a lot in her life. She reflects this through her tattoo, which also covers her first tattoo, which meant ‘death’ in Japanese.

She inked another tattoo in place of this tattoo before. There was a tattoo of a dragon, a small one covered up by the cross tattoo. The first tattoo, dragon, a small one with a slightly blue tongue, was inked in Amsterdam. There is also a tattoo near to it. It is just a phrase in Latin. The beautiful meaning of this phrase is deep. It means whatever nourishes her, destroys her too.

Angelina Jolie inked this tattoo the day before she was married to Johnny Lee Miller. It was in 1995. According to Angelina Jolie, the words mean that it was all symbolic for her, and it was a good thing instead of anything dark.

It is how she covered the tattoo of a dragon and Billy Bob, her ex-husband, which was there before she erased it off. But, you can see it if you focus a little.

There is a tattoo on Jolie’s left shoulder blade. It is the Japanese symbol for Death. It is there to remind her to live. The death symbol is more precious, and according to Angelina, it is more than just a death symbol, but an indication of life.

She had it removed after her son Maddox, her precious boy, was adopted. Now in place of that, she has the Khmer tattoo for her son Maddox in that place, which is already mentioned above.

This Japanese tattoo was her first tattoo ever, which initiated some other tattoos, of course.

There’s an alphabet tattoo on the inside of Angelina’s left wrist. It says the letter ‘H’. The tattoo is a tribute to her brother, James Haven. It is also believed that the tattoo was for her ex-boyfriend, Timothy Hutton.

There is a Bengal tiger tattoo on the lower back. It is a 12 inches long & 8 inches wide one. This is the latest one. She inked it in Bangkok in the year 2004. She had a two-hour-long session for this tattoo, and tattoo master Sompong Kanhphai inked it. The tattoo master also blessed the symbol by making a chant of an ancient hymn. Sompong had done her the tattoo earlier, too; it was a Khmer tattoo.

She tattooed the tiger because she was happy to receive Cambodian citizenship. This Bengal Tiger tattoo was done in the traditional Thai tattoo style. It was done with a simple hand needle. Its tail also covers her initial blue tattoo. She looks gorgeous with the tattoo. Not just a proper image inked, but also something which holds a lot of meaning.

Angelina Jolie was tattooed in Cambodia by a Thai ex-monk Ajarn Noo Kanpai. She was there for a film in 2016. She got the Yant Phutson or Yant of the five Gods symbol on her upper back. It is supposed to be a very popular and well-known talisman for Thai people from the long past to the present.

The Sak Yant means acting with a lot of mercy towards oneself and everyone else; Having this, it provides good luck and happiness in life. This inking was done with a much painful procedure that includes steel rods mounted upon surgical steel needle. Angelina Jolie’s craze for it seems legit.

The tattoos that she has inked are marvelous. It is always amazing to see at the tattoos. But once you know the reason behind them being inked, or to know the meaning of the inks, it is even more amazing. It is what Angelina Jolie does. She has all the meaningful tattoos on herself. The tattoos she has removed from her were also significant. She is a fearless woman who doesn’t hesitate to express her beliefs through her inks.

Looking at the tattoos, she has inked so far, and it provides happiness. Why not copy her style? Why not ink the coordinates of the birthplace of our children on our arms? There are always special occasions out there, which are perfect for getting new ink. There are one life and one body, let’s dedicate it for all the loved ones we had, have and will have in our lives.

Angelina Jolie reminds us of how beautiful it becomes to live a life like this. Not a single meaningless tattoo to make a fake style. She is the inspiration to living a meaningful life and not just a regular celebrity life.

If you found this content useful and informative, please share it with your friends. It would be best if you could leave us any feedback about the content. Thank you for your time! Keep reading! Have a nice time ahead! 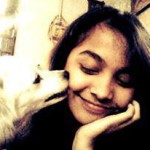